Fuel Cell generators are the most efficient amongst clean energy generating methods. They are not subject to Carnot cycle limitations because they are not heat engines. Also, they benefit the public by minimizing emissions, such as oxides of nitrogen (NOx) <0.5 PPM compared to earlier combustion-based electrical power generation technologies due to lower operating temperatures.

First, relative to other fuel cell types, SOFCs are fuel-flexible – they can reform methane internally, use carbon monoxide as a fuel, and tolerate some degree of common fossil fuel impurities, such as ammonia and chlorides. Sulfur-bearing contaminants, such as hydrogen sulfide, are tolerated less but can be dealt with using available commercial desulfurization methods. With internal reforming, this reaction is heat-absorbing and will tend to cool the cell and the module. This advantage can reduce the need for cooling air consequently reducing the parasitic power needed to supply that air.

Second, experimental data and analyses suggest that advanced SOFCs have an economic entitlement relative to prior established commercial technologies and the National Energy Technology Laboratory evaluated fuel cell types. Planar SOFCs using a thin ceramic (Yttria-Stabilized Zirconia, or YSZ) electrolyte could operate at lower temperatures (<800°C) than predecessor SOFC topologies, allowing the use of lower-cost stainless steel interconnects, rather than a costly and difficult-to-process ceramic interconnects required of higher-temperature SOFCs. Furthermore, the short conduction path from the anode of one cell to the cathode of the next results in lower Ohmic losses and, therefore, higher stack efficiency and lower cost than many of its predecessors.

Lastly, SOFCs are ideal for carbon capture in that the fuel and oxidant (air) streams can be kept separate by design, thereby facilitating high levels of carbon capture without substantial additional cost.

Fuel cells offer a vital technology ideally suited for a number of applications. From high efficiency to scalability, fuel cells provide a distinct advantage over incumbent energy generation technologies, which is why top companies, governments, and the military are adopting fuel cells for everyday use. Below is a list of the major benefits that fuel cells provide:

A fuel cell operating on pure hydrogen emits zero emissions at the source. Some stationary fuel cells use Natural Gas or hydrocarbons as a hydrogen feedstock, but even these systems produce far fewer emissions than conventional power plants. Based on measured data, a stationary fuel cell power plant creates less than one ounce of pollution per 1,000 kilowatt-hours of electricity produced. Conventional combustion generating technologies create 25 pounds of pollutants for the same amount of electricity. Emissions from fuel cells are so low that some areas of the United States have exempted fuel cells from air permitting requirements.

Fuel cells also reduce noise emissions. Since fuel cells do not rely on combustion (clean Chemical reaction instead) and have few moving parts, they are very quiet – about 60 decibels, the volume of a typical conversation! And since noise pollution is all but eliminated, fuel cells can be sited indoors or outdoors without being obtrusive.

Fuel cell electric vehicles (FCEVs) are the least polluting of all vehicle types that consume fuel directly, emitting zero emissions during use. Fuel cells used as auxiliary power units to power air conditioners and accessories in Class 8 trucks and tractor trailers could reduce emissions by up to 45 percent.

Because fuel cells create energy electrochemically, and do not burn fuel, they are fundamentally more efficient than combustion systems. Fuel cell systems today achieve 40-50 percent fuel-to-electricity efficiency using hydrocarbon fuels such as natural gas. When a fuel cell is sited near the point of energy use, as in some stationary applications, the waste heat can be captured for cogeneration, which is also referred to as combined heat and power. In large-scale building systems this cogeneration can reduce facility energy costs by 20-40 percent. Using this waste heat can bring the system efficiency up over 85 percent, and in some real world cases higher than 90 percent. This compares favorably to the relatively low efficiency of the electric grid, which is about 30 percent. Fuel cell passenger vehicles are expected to be up to three times more efficient than internal combustion engines which, on average, have efficiencies between 16-20 percent.

Fuel cells have provided well over 89,000 hours of prime power to the First National Bank of Omaha Data Center since 1999.

It is estimated that U.S. businesses lose $29 billion annually from computer failures due to power outages. Data centers, banks, hospitals, grocery stores and telecommunications companies all rely on constant power to maintain operations. These buildings require power that is available 99.9999% of the time, and in many areas the electrical grid does not meet this requirement. Fuel cells can generate power independent of the grid, providing crucial backup power to a grid-connected building that can eliminate the fear of losing power. Fuel cells can also be configured to be a building’s primary source of power.

Many banks, data centers, and other electricity intense buildings require high-quality power. Fuel cells provide a constant power output that does not have the same voltage surges and sags as the electric grid. Smooth power output is also important for fuel cell-powered materials handling vehicles such as forklifts, as batteries lose voltage as they deplete, making it more difficult to do the same amount of work over the course of a shift. Fuel cells also have a conditioner that ensures high quality power output.

Most fuel cells run on hydrogen and all will continue to generate power as long as fuel is supplied. The source of the hydrogen does not matter in most fuel cells. A fuel cell system can include a fuel reformer that generates hydrogen from a diverse range of sources including fossil fuels such as natural gas, propane and coal, alcohol fuels such as methanol and ethanol, and from hydrogen compounds containing no carbon such as ammonia or borohydride. In addition, biomass, methane, landfill gas or anaerobic digester gas from wastewater treatment plants may be used as fuel sources, and are considered renewable in several states and countries. Hydrogen produced via water electrolysis provides the cleanest fuel pathway, and can be achieved through conventional grid power, nuclear power, solar or wind.

Hydrogen can be produced from domestic resources, eliminating the need to import foreign oil. Passenger vehicles alone consume six million barrels of oil every day, equivalent to 85 percent of oil imports. If just 20 percent of cars in the U.S. were fuel cell vehicles, oil imports could be cut by 1.5 million barrels per day.

Because fuel cells do not have to be connected to the electrical grid, they are a form of distributed generation that allows the country to move away from reliance on high voltage central power generation, which is vulnerable to attacks and natural disasters. Fuel cells aid critical communications networks, providing crucial connections and continuous power during weather events such as hurricanes and snow storms that can cripple the grid. Fuel cells have proven themselves during these violent weather events over the past few years, providing reliable backup power to schools, hospitals, and grocery stores, all of which deliver crucial goods and services to communities. Fuel cells are also rugged, and can be sited in harsh terrain, extreme climates, and rural areas without infrastructure.

SFC Energy's JENNY fuel cell was designed for special forces in the field. At 1 kg, the unit reduces soldier weight by 80% compared to batteries.

Whether in rough terrain or extreme climates, fuel cells can be sited wherever power is needed. Uninterrupted power supply (UPS) units currently backup cell towers in remote locations, and portable fuel cells have proved themselves alongside the U.S. military in theater, providing soldiers critical power with low heat and noise signatures in extreme environments.

Fuel cells are modular, and can be scaled up depending on the power needs of a facility. Larger fuel cells can be linked together to achieve multi-megawatt outputs, while smaller ones can satisfy specific power needs at residential, telecommunications, or small commercial facilities.

Because they use no combustion or moving parts, fuel cells are much quieter than many incumbent technologies. This allows them to be sited in places such as parks or residential areas. The Sheraton hotel in San Diego, has four fuel cells installed next to their tennis courts! As the chart below illustrates, most conversation takes place around a noise level of 60 dBa, which is approximately the noise level measured at 1 meter for all fuel cell units between 1-250 kW regardless of application. When integrated into a system, air pumps and/or fans are typically needed, which are usually the only source of noise on a fuel cell power unit or vehicle.

Fuel cells are complementary, not competitors, with other electricity generation technologies, particularly renewable ones. Some power systems utilize a fuel cell either integrated or co-located with on-site solar PV, wind turbines, and/or batteries. In these systems, the fuel cell often provides a stable, baseload power supply to support the intermittent renewable systems. Some warehouses today use hybrid forklifts, which have an onboard fuel cell that is used to recharge the battery. Telecom backup stations have employed hybrid renewable energy systems for several years, installing fuel cells alongside solar, wind, and batteries to harden a site’s power and ensure continuous operation.

Fuel cells are being developed for portable electronic devices such as laptops and cell phones. Fuel cells provide a much longer operating life than a battery, and since fuel cells have a higher energy density, they are lighter than an equivalent battery system. Fuel cells do not require recharging; as long as fuel is present, the system will continuously generate electricity. For portable fuel cells liquid, solid, or gaseous fuel in a reusable canister could be replaced in a moment. In portable units

U.S. military forces are assessing the value of portable fuel cells in the field and have deployed demonstration units with ground forces in Afghanistan to test their readiness. Soldiers need a lot of power, but they already carry so much weight, and batteries are heavy. Fuel cells are lighter and can operate 10 times longer than conventional batteries, and have the added benefits of lower heat and noise signatures. 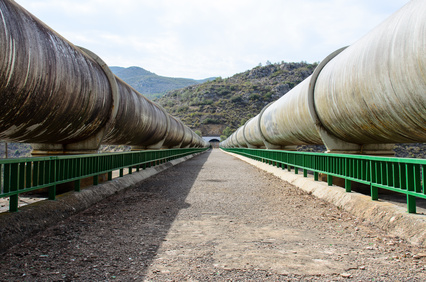 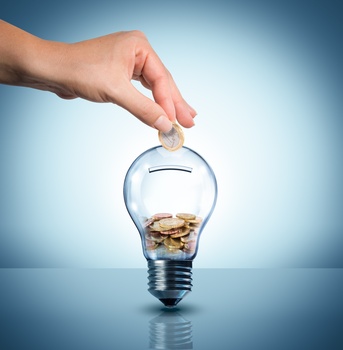